Today, I would like to focus on the connection between the music scene, especially in the US, and Japanese contemporary art.

I’m not a big fan of pop music, but I am aware of Kanye West, one of the world’s biggest hip-hop hitmakers and a somewhat disturbing figure.

Kanye West’s 2007 album “Graduation” and the five singles he cut from it all had artwork done by Takashi Murakami. The music video for “Good Morning” is a full-blown Murakami world, and let me tell you, I’m sure I’m not the only one who thinks that this video work has already surpassed Kanye West’s musical realm.

Murakami recently directed a music video for teenage singer-songwriter Billie Eilish, who swept all four most important Grammy Awards in 2020.

One can only take off one’s hat to Takashi Murakami’s strategy of slipping into the music scene as the voice of the modern or young, expanding one’s worldview, and unwittingly creating a place in the tastes of the young.

In the old days, Shusei Nagaoka was responsible for the album cover of the Carpenters’ “Now & Then” released in 1973.

I should mention that Nagaoka passed away in 2015, so in a strict sense, his work may not fall into the category of contemporary art.

However, Shusei Nagaoka was the idol of the Japanese youth who yearned for illustration and art in the 1970s, and of all of us who gazed with sparkling eyes at the bright, dream-filled America. We can’t talk about the album cover without mentioning him.

His most famous cooperation was probably with Earth, Wind & Fire, a group that symbolized the disco heydays of the 1970s. He has designed a total of seven album covers, and in 1976 he won the Rolling Stone award for best album cover.

His diverse and vivid colours and detailed work using an airbrush, combined with images of space and SF, made his style a dominant one.

The album cover of Miles Davis’s “Agartha,” which was released around the same time, was also designed by Japanese artist Tadanori Yokoo. 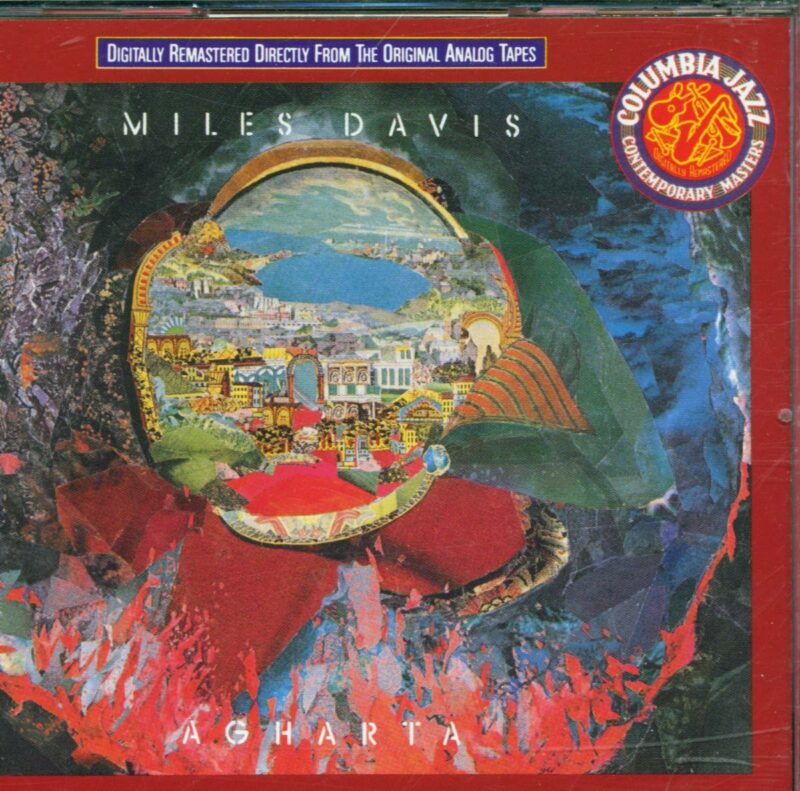 Yokoo is an artist with a wide range of styles and works across genres, using a variety of techniques and methods including oil painting, collage, airbrush, and sculpture. He was encouraged to travel to India by Yukio Mishima and has since then been devoted to the culture and spirituality of India. The album jacket clearly shows this background.

It was John Lennon’s first album in five years, but he was shot to death shortly after its release. In this sense, it is a work that has left a deep impression on people.

Lastly, I would like to introduce a rather interesting album jacket.

Yoshitomo Nara is now one of the most well-known Japanese artists in the world. Even if you don’t know his name, the image of a cartoonish girl with large, angled, challenging eyes will probably ring a bell.

It is known that Yoshitomo Nara entered the Kunstakademie in Duesseldorf, Germany in 1988 and lived in Germany for 12 years after his graduation.

When he was a student, he did an album cover for a German band called Birdy Num Nums.

It is interesting to note that Nara’s most famous girl had not yet been born, but a girl who might have been her predecessor graced the cover. (Mannaka Over The World)

Not many people know about Birdy Num Nums, which disbanded after a few years, but the girl on the jacket has refined her personality and has gone out into the world, which is ironic, isn’t it?

The truth is that there are many more interesting album covers created by Japanese artists, and there is no end to the stories one could tell. I think I’ll leave it at that for now and have a cup of tea while listening to a song by Billie Irish that is filled with the sensibilities of a teenager.

There was one more thing I wanted to talk to you about before tea. Speaking of LP cover, Micheko Galerie has an extremely rare one: “The Beatles” by Keita Sagaki. 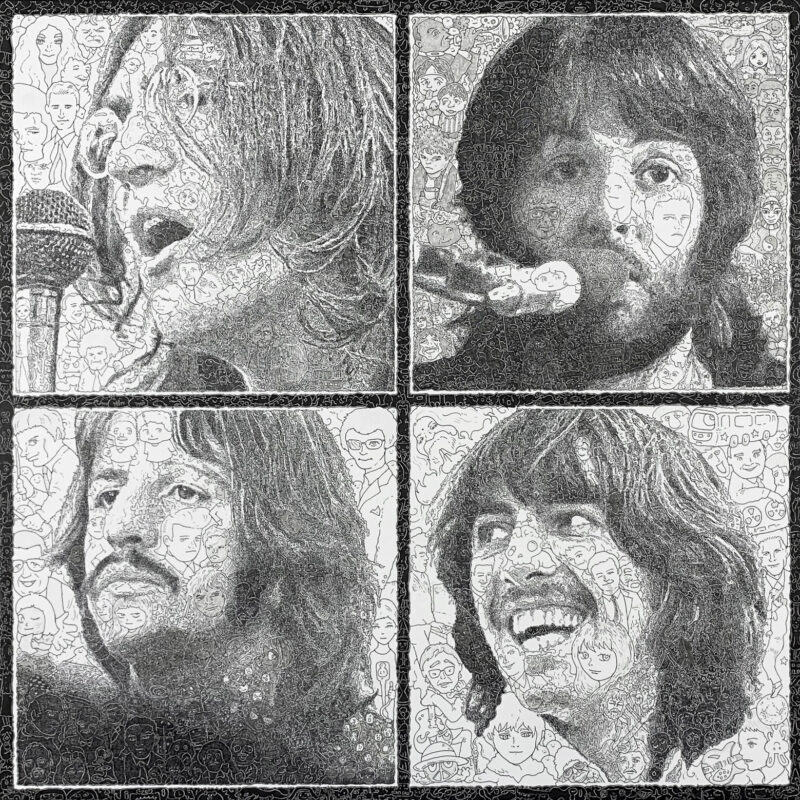 It is based on the Beatles’ “Let It Be,” which was released in 1970. It was the soundtrack for a documentary film about the recording of a new album. The film shows how the disagreements between the members of the band become even more bitter in the film.

In his work, Keita Sagaki depicts each member’s background, as well as the events that led them to work as the Beatles, in manga form. Moreover, in the black frame, the contents of the 12 songs in “Let It Be” are interwoven.

Now I can finally relax and drink my tea…