The marvels of art are found in the details

As you know, there are quite a few works in the world that have windows in their paintings. The most famous ones are probably Vermeer’s paintings.
In fact, half of his works have windows in them.
However, it is impossible to get a glimpse of the outside world through those windows. In other words, the window must have been an important element in letting in light.
Windows also often appear in Henri Matisse’s work.
Like a Japanese or Chinese landscape gardening technique borrowed from nature, his work creates a sense of depth and crispness by incorporating the landscape seen from the window, and the contrast in color rivets the viewer’s gaze.
Many artists have also used windows effectively as a way of looking at people’s perceptions of society.
I suppose you could say that windows are a very interesting topic for artists.
One of my university friends lived in a very unusual room at the time.
It was a prison-like room with an only small skylight and no windows on the four walls.
It was a damp, always sticky, hot in the summer and cold in the winter, but she didn’t care about it.
As a student of photography, the most important thing to her was to have a lot of wall space for her pictures. It is interesting to note that all of her photographs show a room with an open window, and there are so many windows in a room that should have no windows.
Sitting in the center of the almost unfurnished room, I had the strange feeling that I was entering the room in the photograph and being absorbed by the landscape outside the room which was a borrowed view of the room.
Today I would like to introduce two photographs by Hiroshi Watanabe.
Both are landscapes with a window. 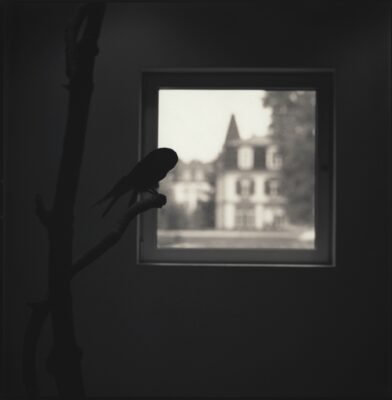 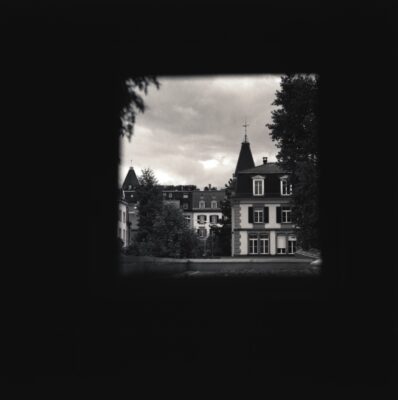 His photographs are not limited to these two, in fact they are all characterized by a sense of tense stillness and calmness.
You can feel that he has taken his time to look at the subject and press the shutter button with a stillness that is like a sea of sand.
The artwork can sometimes be as slippery as an actual window, inviting you into another world. That’s right! A word of warning.
Micheko invites you, on top of that, to discover the special world of contemporary Japanese art.
You may find these works very attractive, especially if you lament that you have only a small window in your room.