Our western idea of a paper cut out is usually linked to side view portraits cut from black paper dated 18th or 19th century. It is probably less known that paper cut-out art originated in North China from where is found its way to Japan. As most things that came to Japan from China, it was adapted and improved to suit the Japanese taste. Paper cut-out artist from Tokyo, Risa Fukui, born in 1975 has substantially contributed to the transition for paper cut-out art into the 21st century. The complexity and perfection of her work has little to do with the relatively simple cutting techniques of earlier paper cut-out works.

Risa Fukui about her work: „In „cutting“ a „picture“, the most important inspiration for me is the force of life. I cut into the paper and shape the image as if I were infusing life into each line, as if I were carving out my own life. We are born into the world, nurtured, grow up, and by raising our own children bring forth a new generation. To live is hard and scary. Life is ephemeral. But in life is found great power and beauty. At life’s essence is an enduring truth that cannot be expressed in words. This is what I endeavour to cut into physical form.“

Risa Fukui’s world gets inspiration by Japan’s rich treasure of myths and legends as well as from the fairy tales of the Brothers Grimm. The artist shows us creatures, which we see rather seldom as subjects of art: hyenas, wolves, toads and other rather unpopular animals as well as old or uncommon people. 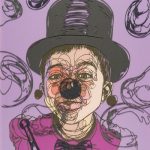 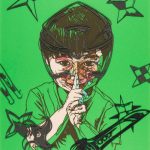 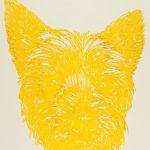 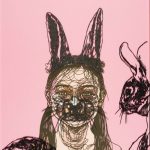 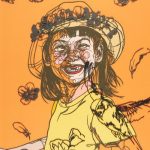 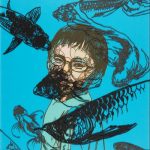 The artist is very well known and popular in Japan. A museum in her native city of Shizuoka, near mount Fuji, in 2012 has dedicated her a comprehensive work show. In nearly five weeks of the duration of the exhibition, more than 6,000 visitors came to see her works. In 2014 the renowned Pola Museum in Ginza, Tokyo showed her works in a solo exhibition too. Various Japanese fashion labels work with Fukui. Her designs can be seen on clothes, shoes, kimonos, book covers and even cars. Recently Risa Fukui has created paper cut-out animations with her own storyline.

At “KIRI GA II” Micheko Gallery will present new works by Risa Fukui that will be made on purpose for her second solo show at our gallery, after her very successful first solo show outside of Japan at Micheko in 2012.