Japanese artist Keita Sagaki creates dense microcosms made up of incredibly tiny doodles, the sum of which make a greater whole – such as a reinterpretation of Da Vinci’s The Last Supper or well known woodblock prints by Hoksai in astonishing detail. 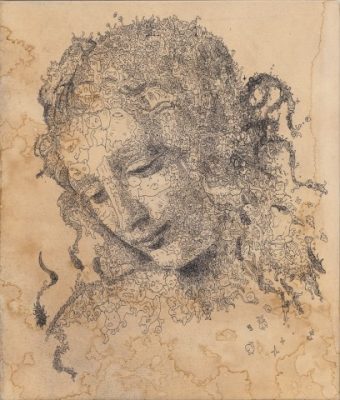 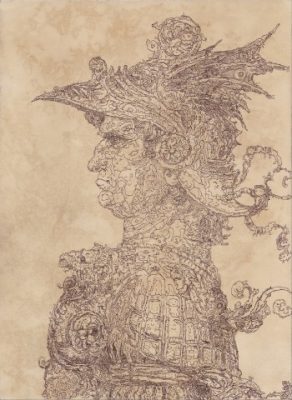 Meet the Japanese artist Keita Sagaki who construes a whole world using only a pen and thousands of small characters. With his unique doodles, the 31-year-old literally illustrates the Aristotelian notion of the irreducible nature of things, where the whole is constituted by many elements, though it is often greater than the sum of its parts.

When you encounter one of Keita Sagaki’s exceptional pieces for the first time, you might feel the need to step a little closer. At first glance, they seem like little more than monochromatic representations of popular sceneries or paintings, like the Eiffel Tower or Da Vinci’s The Last Supper, respectively. 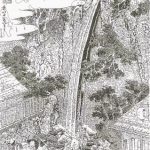 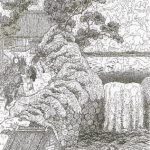 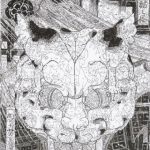 But there is something unusual going on in Sagaki’s large format images: they seem to be inhabited by an unexpected density of detail, and there is microscopic life in the taillights of cars or facial details of the figures depicted.

Composition is a central concept throughout Sagaki’s portfolio. He starts drawing directly on white canvas without the help of preliminary sketches, following a spontaneous stream of creativity during which he composes the overall image. With minute lines and delicate shading, he creates his characteristic super populated landscapes and scenes, filling the world with the life of thousands of nuzzling little people and animals. “Have you ever counted the number of doodles after you have finished a drawing?” I ask him during our interview. “No. I have not counted them. It is nonsense.“ That would be quite a feat – some of his pieces, like The Last Supper are almost 2 by 4 meters in format, but the doodles themselves remain tiny. 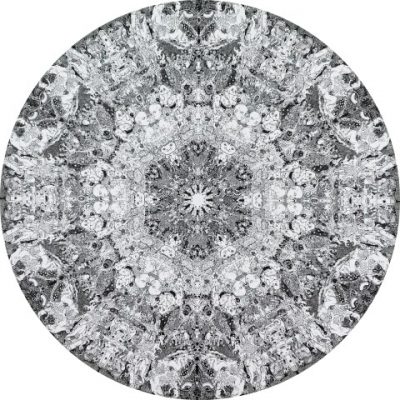 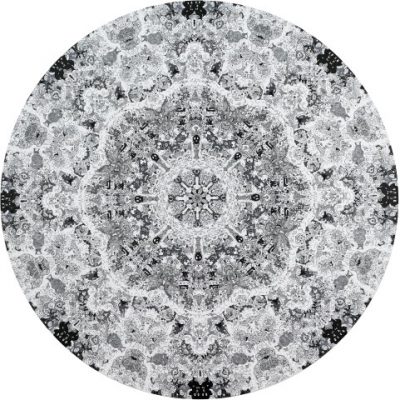 The part and whole relationship.

His main influences are complex Buddhist mandala drawings, comics and graffiti. No wonder his textbooks and exam sheets back in his school days were covered with doodles.

But there is another, deeper dimension to the art of Keita Sagaki. His aesthetics touch the mereological theory of the part and whole relationship, as a structural foundation of the physical world, reminding us that every object is made up of its single parts. One underlying idea of this scientific pursuit was to find out if all things can be explained by their microscopic properties. But whenever we form a new complex object from two atomic ones, we find ourselves exposed to a third, new one. A line of thought always prominent in Keita’s work.

We use cookies to ensure that we give you the best experience on our website. If you continue without changing your settings, we'll assume that you are happy to receive all cookies from this website. More information can be found here.
Go to Top