The history of Japanese woodblock printing reaches back to the 8th century c.e. For several centuries only religious depictions were produced and printed because of the print monopoly held by Shinto and Buddhist monasteries. First commercial publishers emerged around 1600 in Kyoto and in the following decades in Osaka and Edo (now Tokyo). Popular fiction with a high content of illustrations became hugely popular in all layers of the population. In the second half of the 17th century first single prints in black and white appeared, soon also in monochrome and bichrome. From 1740 tricoloured and from around 1765 finally also polychromatic prints were published. Till the end of the Edo period (approx. 1865) many millions coloured woodblock prints were produced and so became the most popular art form in Japan, which is still being taught in art classes and continuously perfected. Despite the former popularity of this art form, only few contemporary artists still use woodblock prints to express their creativity.

At Micheko Gallery we are delighted to introduce a selection of recent woodblock prints by emerging artists from Japan who are bringing this century old art form to the 21st century. 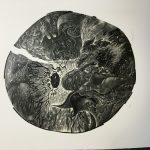 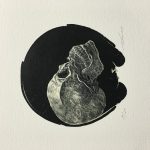 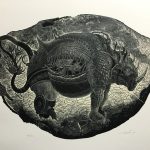 Takehiro NIKAI (born 1980 in Nagoya) uses wood engraving, a technique developed in England at the end of the 18th century. His works exude something unsettling. The viewer can feel that in Nikai’s visual universe there are no sounds. Yet one perceives a loud noise in the silence of his pictures.

Chika OSAKA (born 1984 in Tokyo), is the only female artist of this exhibition. She is probably the best lithography artist in Japan. But she also creates colourful woodblock prints that are technically close to perfect. 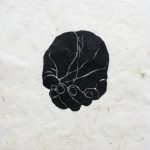 Sho TANAKA (born 1988 in Gifu), refers to himself as a wood artist because he has dedicated his artistic life to this material. He creates a new woodblock print every day, like a visual diary.

Jun YoshiYOSHIDA (born 1982 in Tokyo) got his art training in nihonga, traditional Japanese painting. He individualizes his works with gold leafs and collages. 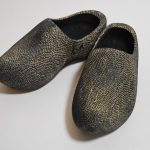 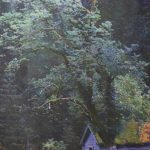 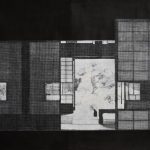 Katsutoshi YUASA (born 1978 in Tokyo) creates his works by taking photographs first. Light and shadows merge into each other. By cutting the image into a woodblock the artist separates his pictures into their „digital” components.